TORMENTI AND RECURRENT FOR SUMMER: The RECURRENT 1.3 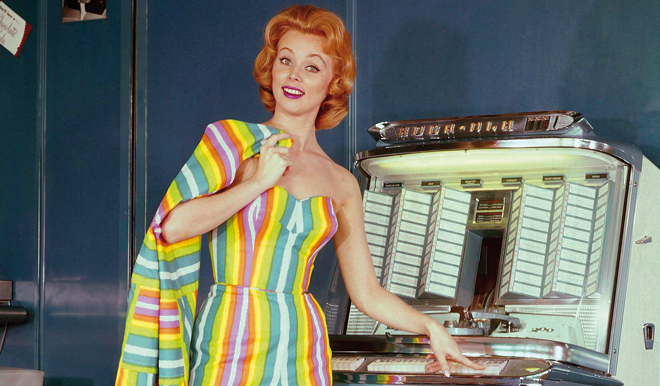 Summer is coming, it's a fact, temperatures rise and the world of music already maximizes tom-tom radio to raise from simple threshing, a hit-summer hit, alcuni dei brani più freschi in circolazione. Io, that given the tendency of tilting and controverto, I propose my own playlist for your summer twilights on the shore or for your sunsets over the mountain peaks or, perché no, per gli aperitivi nelle città più cool del mondo. Per me, catchphrase, It is something that creeps under your skin, you do not forget and that brings you to mind the pleasant nostalgia for a beautiful memory, associandone un emozione.

Many of the songs that I propose, I extracted them from my radio show FREON-musica on the other level, that every fortnight, It offers the best selection indietronica, eclectica, downbeat and Trip-hop seasoned with curiosity news and oddities from the world.

I am one of those that Portishead, follows them since they released their “Dummy” in 1994, bearer of hits like Glory Box and inflazionatissima Roads, raped in background music of some advertisements, senza contare le innumerevoli soundtrack ove è comparsa. L’ultimo loro disco risale al 2008, title: Third. Un album non proprio semplice. Da quell’anno, silence. Then here you see this cover, movie soundtrack “High Rise”, and published a mo 'bootleg Web. then disappeared. railing. He did not have time to unearth a link, che un ora dopo era già stato cancellato. Finalmente, was published the official video here I propose for your thirsty ears groove.

This song is a little 'dated (2014) I realize, but it will be that when it is released as a single, is so unnoticed that, He is having a second life. A song that, encompassing minimalism composition by pairing it with a catchy lyric thus creating a perfect rug for those twilight summer nights you certainly will miss the return to the gray working routine.

James Blake, British manufacturer had already established in the music market with the stunning "Retrograde", paid to the soundtrack of the TV series, The Leftovers, and now returns with a new album, The color in anything, and the lead single Timeless who always approaches for the most part to those atmospheres to Brian Eno that, They lacked a bit 'in the modern music scene.

Nostalgic synth-pop, It can only be to the genius of this True Colours Kite, group Malmö, Sweden that will seduce you with the eighties tones Yazoo and with an equally sang androgynous that will only provoke a healthy addiction and nostalgia the years of epaulettes,it.

For all the Latin lover who do not go on vacation, this is the perfect song to intorto: persuasive rhythms, a nice beat and a voice is very hot this California Girls, single open-career NomBe, alias Noah McBeth, German artist Heidelberg again in the music scene, with its mix of IDM, Soul e Indie. A song that, that embraces the diversity of the German electronic scene with the freshness and genuineness of the themes dear to the American Indie Music, nation where the artist has decided to move to Los Angeles and the headquarters of its productions.

... And if that's not enough, ci vediamo alla prossima puntata con la chiusura della mia selezione personale di anti-tormentoni per l’estate 2016. And you, What you decide to listen?