TO MADONNA WITH LOVE

Applause is due for Davide Nicoletti

August, everything stopped and even fashion is on holiday, but not quite all ... Vogue Italy with his number this month beats the record of receipts, thanks to you.

... thanks to the interview the undisputed icon of pop and style, I talk to her the Queen, di “Madonna"The Lisbona, and for all those who are already on vacation and could not buy a copy, here's a glimpse of the two Cover and photos that are inside of the magazine with the interview. 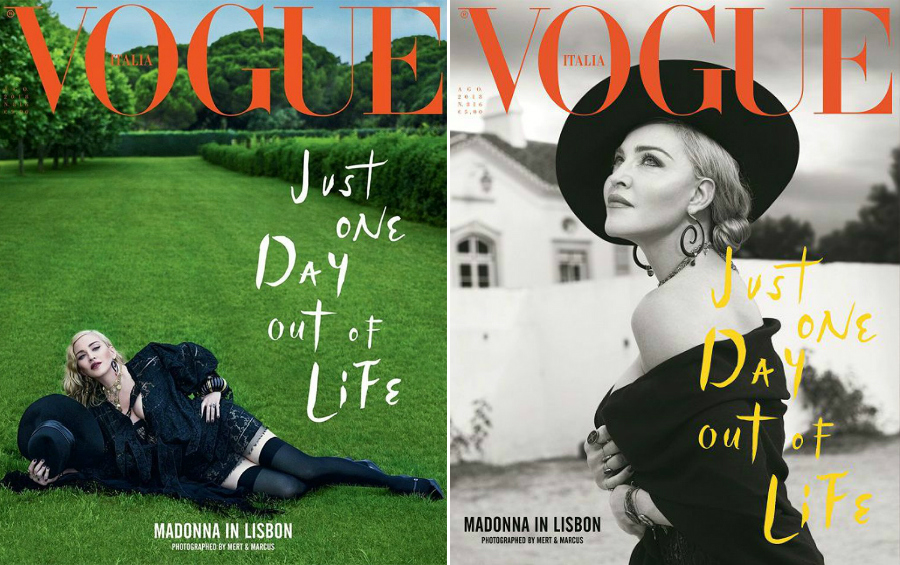 The cover opening it stretches and becomes a fantastic poster, as in the 90 '; throughout the entire photo shoot and the videos were made by Because & Marcus. 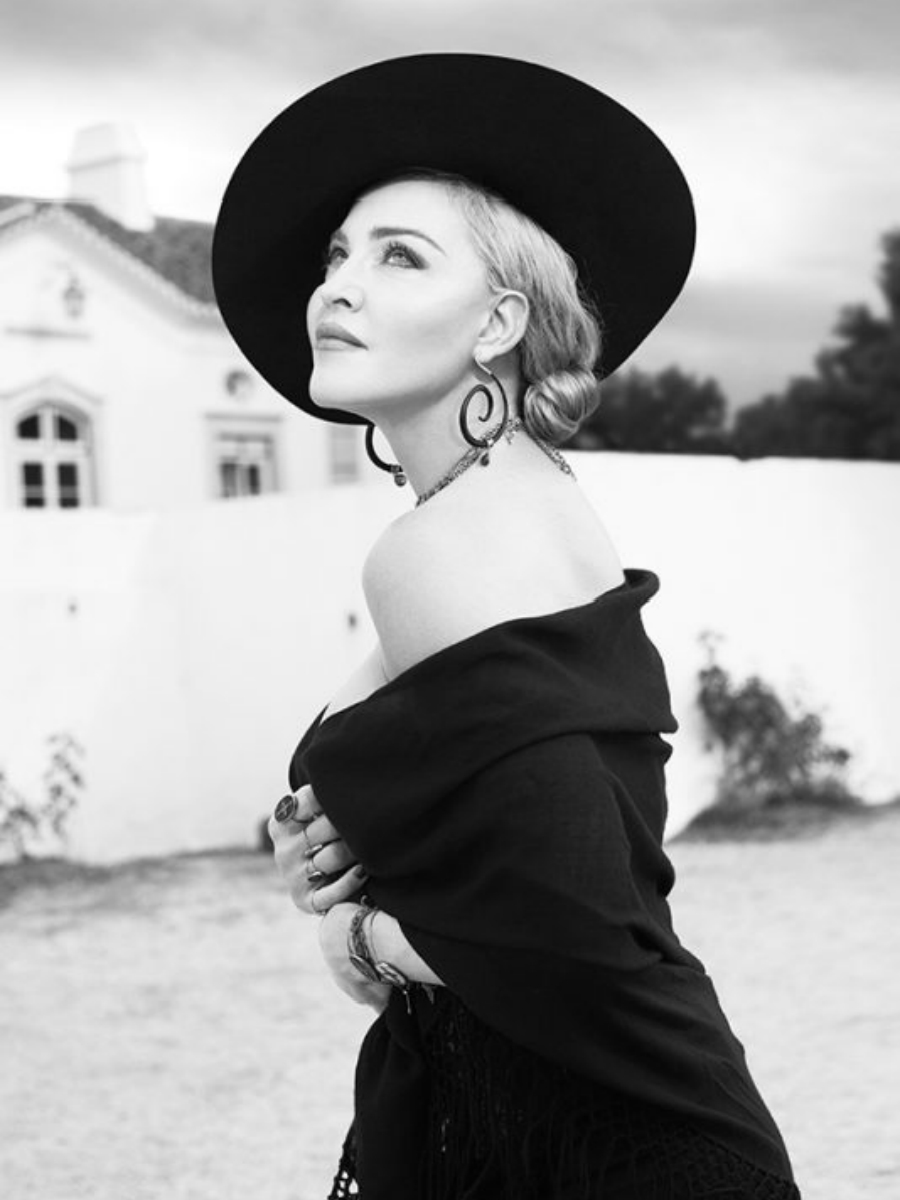 Below you can watch the two videos, made in the days of shooting:

Madonna has always loved fashion and launched trends so as to be considered the real influencer of all time, and this interview did not miss the opportunity to wear designer clothes and interpret super, carefully chosen by the Fashion Stylist Eyob Yohannes.

Below wearing a green dress Dundas, that blondes on well together, a strapless nero di Agent Provocateur, a Dior leather belt, and a Bulgari necklace around his neck. 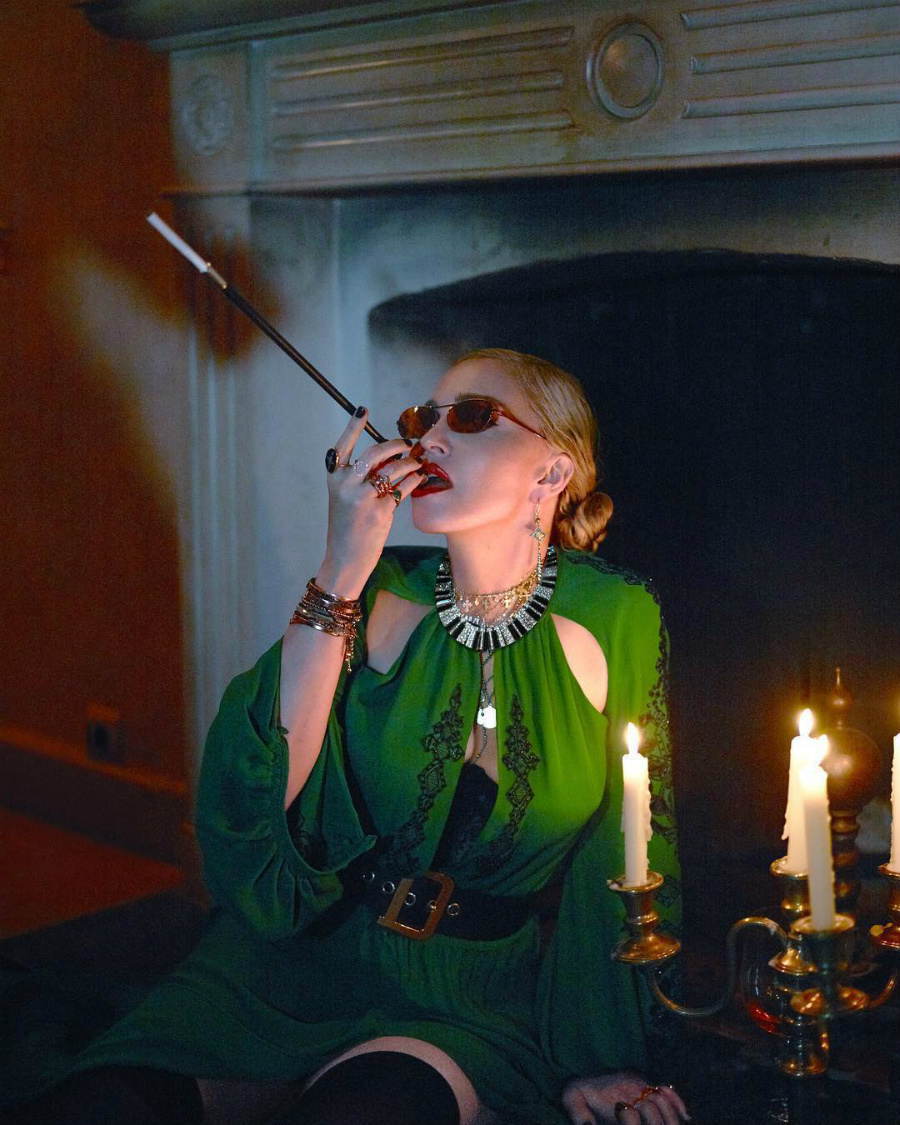 Interviewed by Sherry Cook, he tells us of his stay in Lisbon, it is a magical city that has chosen as a function of his children, and he relates only to its present and its immediate future, nothing of his past.It would seem that Madonna at this time give much gratification care hospital opening soon in Malawi and create a splendid future for its 4 adopted children with whom he is spending this time in Lisbon. 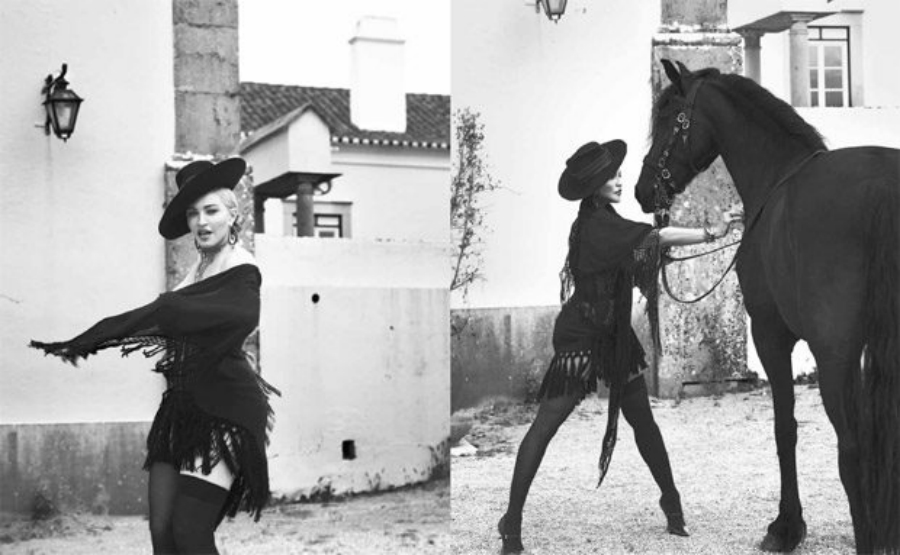 Above we see her wearing a felt hat and scarves worn at Saint Laurent dress, Boustier Agent Provocateur, I decolte Prada.

In the interview there is also a brief reference to his upcoming album which will be out by the end of 2018, delight of his many fans gathered from the last thirty years. Many collaborations with local artists, so the new album will definitely influences Latin / Gypsy, and the artist points out "how could I not being influenced by so much culture and a lot of fado music ..." 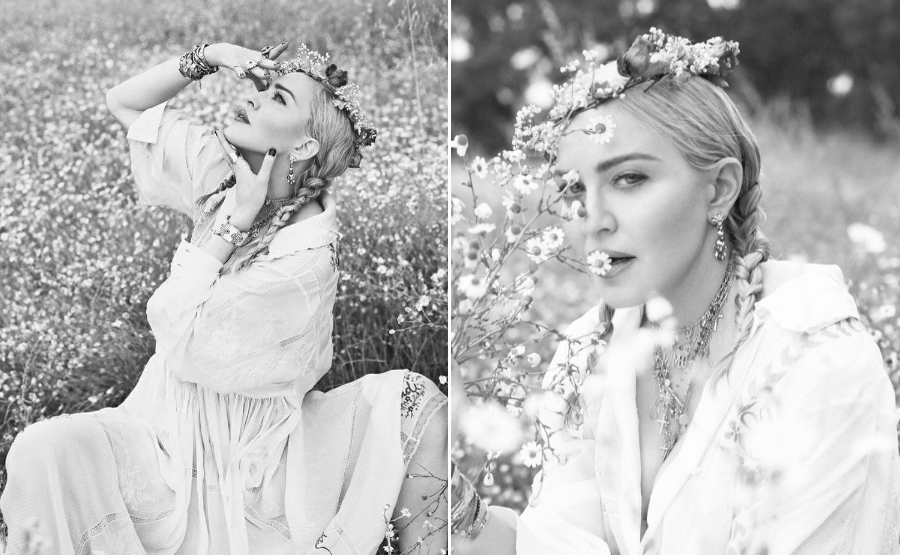 To the question "Where or with whom you feel totally herself," she says.. "When I play with my children and I hear them laughing: the joy I would not change it for anything. " 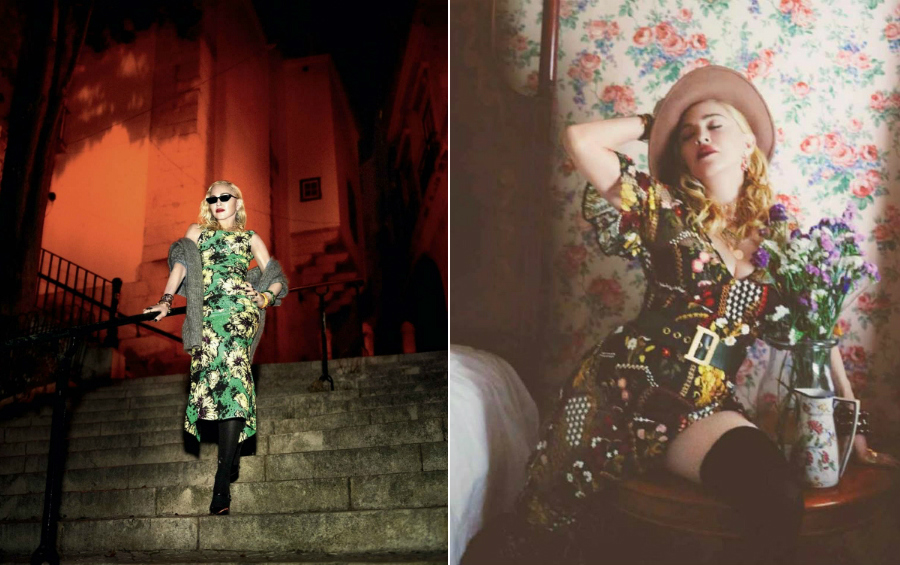 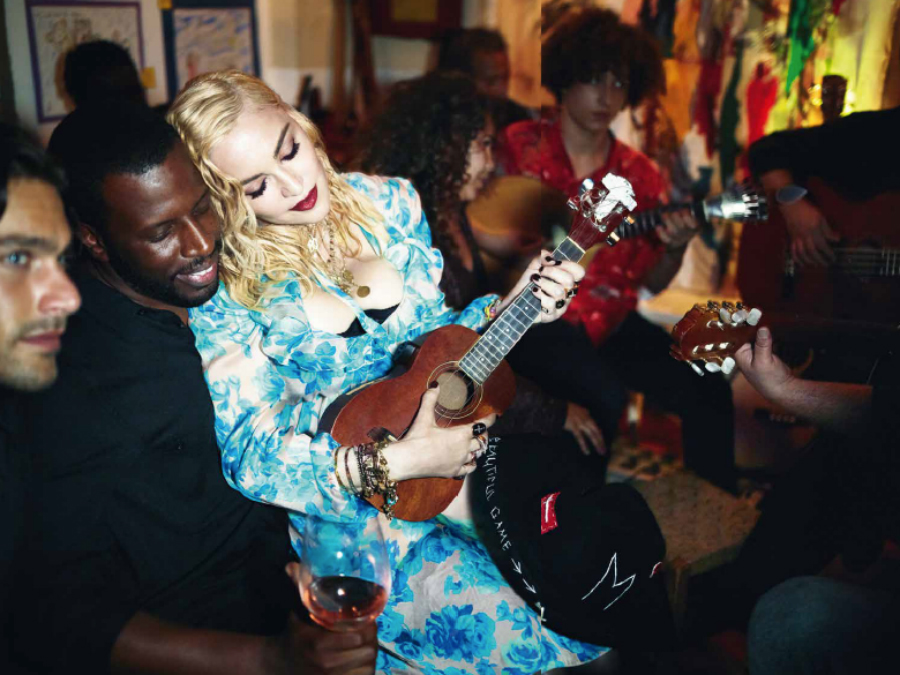 And at the end of any interview, what most excited me was reading what they think of her older friends, dancers and designers with whom he collaborated and shared important moments of his career and private life, Donatella Versace says of her "an artist to 360 gradi, Jeremy Scott and even Riccardo Tisci that defines an icon and even the artist Lorcan O'Neill that tells a more intimate and unpublished version of Pop Star to finish at Jean-Paul Gaultier emphasizes that "... whatever is done, Madonna has already made ".

Returning to the title of this article "To Madonna with Love" which is the title that collects all these interviews appeared in Vogue, I would also give a thought to my beloved Queen of Pop: "With Madonna, I'm happy to have grown up with you, with your songs, your videos, kills monkfish, your looks and finally your great sensitivity; This is my gift for your next sixtieth birthday ".

Long life to the Queen!!!