For teenagers the years 80, but also for all fans of the pop culture of the time: here is the book you expected Ready Player One di Ernest Cline 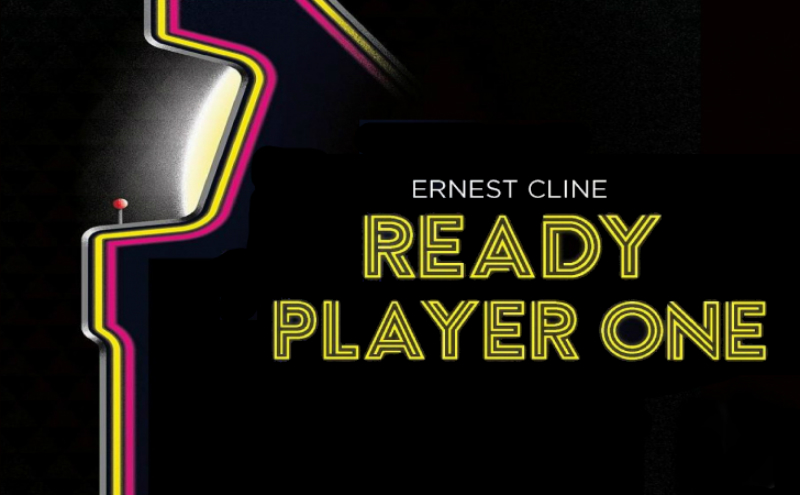 Released for the first time in Italy in 2011 with the title of "Player One", This is a novel that has done much talk about.

The author, Ernest Cline, American writer and screenwriter class 1972, He has made his debut with this work. Its publication has been fought auction and, even before being printed, its film rights had already been sold to a major. At the end of the transposition on the big screen it was given to Steven Spielberg and the film arrived in our cinemas earlier this year (spring 2018) but I have not yet seen. A great deal of attention, lot of money invested and heated discussions between factions pro and cons (both the novel for the film). You might be wondering: What kind of book is?

The story tells the story of an American eighteen and is set in a dystopian future (but not so much unlikely). The year 2045.

Wade Owen Watts is an orphan, He lives with his aunt and other occupants in a sort of container stacked on top of other houses of the same kind, piles of shacks crowded to form "favelas" dirty and dangerous. The planet is at its lowest in energy crisis, climate changes, wars and widespread poverty.

Actually Wade spends most of his time on OASIS, a boundless multiplayer online platform where she goes to school, and inform, plays and attends some friend. E’ a safe place, with different rules but precise, where appearance does not count as each appears with your own avatar; is the way out for most of humanity, much more attractive than the "real" life.

And then there's at Easter Egg Hunt Halliday. James Halliday, the creator of OASIS has been dead for a few years and to find the heir of his enormous wealth (as well as the power of OASIS) It launched a difficult treasure hunt online, reserved for "inhabitants" of OASIS. Based on cryptic clues and Almanac Anorak, a compendium of all the passions of the eccentric programmer, everyone has a chance to win.

Obviously Wade, o meglio, Parzival (his avatar Hunting) She throws herself headlong into research and become a true expert's pop culture 80 the previous century. In fact, James Halliday was a real geek, totally obsessed with his adolescence and everything in Hunting has a reference to its passions, they are TV series, film, anime, songs and groups but especially video games, role plays etc..

A bit’ intuitively and very fortunately our hero manages to find the first clue and is catapulted into a real (it's dangerous) adventure that lacks no element; There are the associates, the opponents, the vicious antagonists and first love. Now you understand why so much fuss?

In practice the author, geek come Halliday, He took all its real and enormous's pop culture 80 and he used it to create engaging and entertaining adventure. The example cited is part of his adolescence as that of many readers, Now forty-something-year-olds, who were eager that their passions, often considered nerdy, They were retrieved by those who share their love and, in qualche modo, nobility. An operation that someone considers "too clever" but obviously needed and felt, at least judging by the interest received.

Expect therefore a pleasant and compelling read, quite an adventure. Obviously it helps, if not to have been born around the 70s, have at least a smattering of basic on-year 80. I will not lie: of the flavor it is in seeing cited their own video game / movie / writer / musician / Favorite. But you do not need to know everything. Anzi, It can also be a useful reference to deepen their knowledge.

Style, for the rest, It is linear and smooth and the characters are characterized cleanly enough and basic but equally fun. The ubiquitous references to pop culture years 80 They are also reflected in the plot that develops in a relatively simple manner. Do not expect Gibson and Dick short, but enjoy the "game"; fun is guaranteed.