NATURAL BORN READER – NO WHERE

There are fairy tales for adults? Of course yes, just contact the best author! Today we talk about No where Neil Gaiman 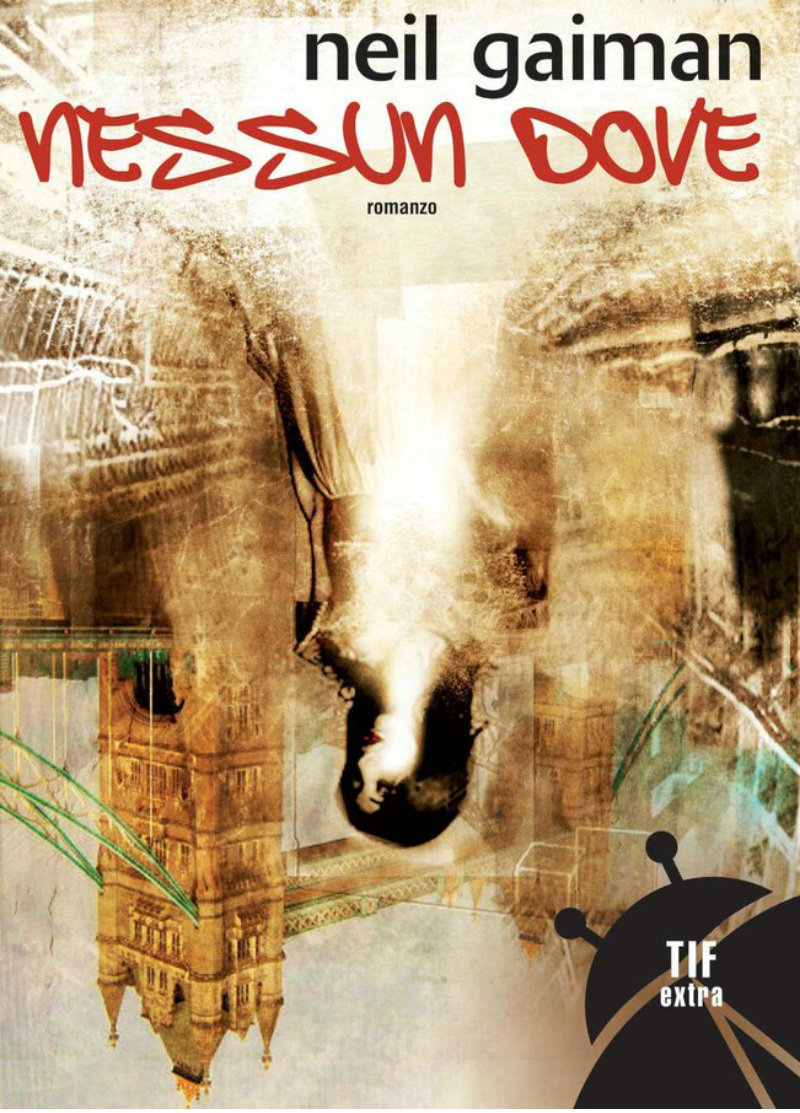 For those who still do not know, here is a few lines on the prolific Neil, British author with a unique style.

He has written several successful novels (the latest one is "North Myths") and won major literary awards. But it is also the creator of Sandman (mythical comic book series published by DC Comics), giornalista, radio and television scriptwriter (streaming is currently available adaptation of his novel "American gods" and is coming to "Good omen").

Its production is difficult to categorize. To give you an indicative (but not limited) we can say that ranges between fantasy and science fiction. It actually has an incredible ability to draw on our cultural roots, they are ancient legends, modern fables or myths, and turn them into new stories, seductive, frightening and poetic at the same time.

"No where" it born initially as a script for a series broadcast by British tv. The novel, first published in 1996 After the airing of the first three episodes, Gaiman addresses the need to preserve its "history" by the inevitable changes due to television transpose (and the limited means of production). Over time, the author has published editions revised and corrected; the last, with modifications and integrations, it is dated 2008.

But let's get to the story. Our hero, Richard Mayhew, he's a good Scot who moved to London for work. His life in the metropolis flows between stressful deadlines, a very demanding girlfriend and various mishaps. During a memorable evening his generous nature requires him to help a girl in distress. The "maiden" is how Richard more serious trouble imaginable and only offer her help and hospitality catapults him…another life.

Incredulous and confused turns out that there is an underground London populated by strange characters and mythological figures, that place names have unexpected roots and, in fondo, all can be heroes. Accompanying him on the adventure, in addition to the girl in danger dall'indicativo name of Porta, the lethal hunter Hunter and the wily Marquis de Carabas, together with whom he will face many dangers and all its deepest fears.

This book for me is a little gem. Suffice to say that, in a moment of madness, anni fa, I served him with the uncontrollable urge to make it known. Exercise books is not really in my nature because, come in questo caso, They are often not made. I regained. And reread. E, I am convinced, I reread again.

"Nowhere" it is not a children's story. The story of Richard is that of a young man who began his adult life in a contemporary capital, almost. In fact there is some’ less technology compared to our everyday life but, let us not forget, the first draft is however of 1996. surprisingly, thanks to the author's mastery, the introduction of the "great" in the affair involves and passionate until no longer seem so incredible. Anzi, the urge to take a trip to London to study, for real, the references cited by Gaiman.

Characters, well defined, They have fascinating features. Each of them then, beyond "special" abilities, It is enhanced by contrasting aspects, human weaknesses and vices peculiar. This makes them far more sympathetic and provides a few shots really hilarious scene.The plot is compelling: You find romance and violence, adventure and looking for if, all it tinged with poetry and made it fun to be a pleasant dose of sly humor.

Style, Sliding and rich, It is embellished by a thousand references to the literature, legends and myths. References that can be cultured and / or depth, or enjoyed as a magnificent backdrop. Certainly not a complex reading but I have the incomparable advantage of leaving a precious sense of wonder.

As usual, I recommend, if you do not know Gaiman, to recover also his other works: really deserve.