CAN BE REALLY FASHION PHOTOGRAPHY OF RADICAL,

OR ONLY RADICAL CHIC? 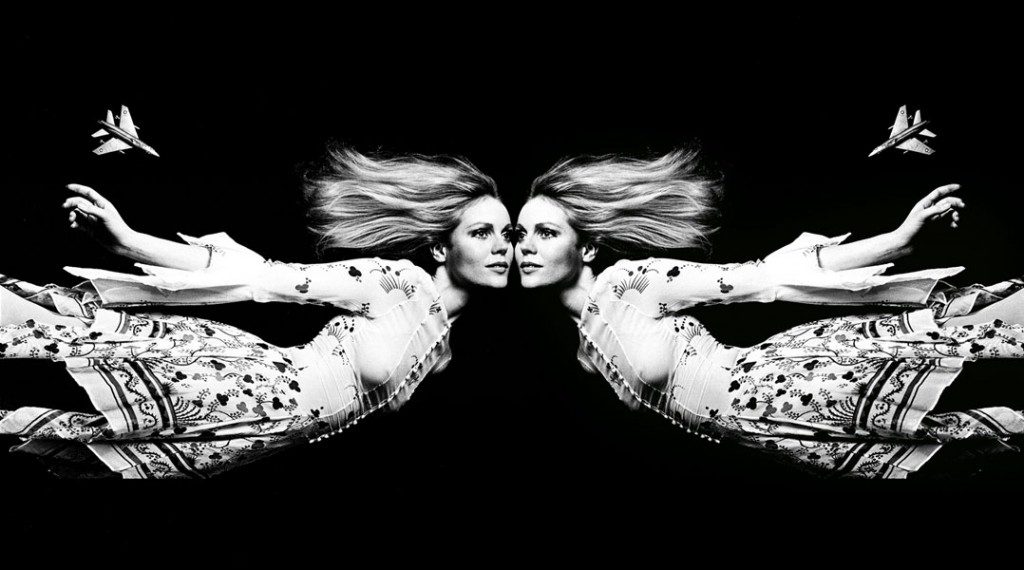 It is a matter of points of view: placing the Desire to the Consumer Service, fashion photography necessarily betrays the mechanism of the Desire, and then to its radical potential. In an advertising photo 1969 entitled “Baader Meinhoff” (in reference to the homonymous German terrorist organization, ed.), Jim Lee has about it an effective metaphor, playing a very elegant model in the act to take up a machine gun. Certainly a picture of rupture, the limits of censorship both by right-thinking people that extremists, as it resorts to the romanticizing of terrorist violence as a way of advertising a luxury accessory.

Also another of his image 1970, “Fashion Magazine/Kenya”, It reveals a different type of ambiguity: a blonde model dressed to the nines is lying on a beach while a young native is half naked on all fours bent over her. Even in an era when interracial ties were already socially approved, l 'image retains a high provocative power, ricollegabile also a day of ambiguity now linked to the easy association of ideas with sex tourism. Image composition is very effective in its simplicity: the laying of the model who, getting up on his elbows jutting toward the boy and their tangle of bodies and gazes suggests what could be the development of the scene, without it explicit. It is one of those cases where fashion photography goes beyond the normal canons, to the surprise of the observer, shaking.

In the images in black and white by Jim Lee often we find this content, deliberately provocative and ambiguity loads. Another her picture entitled “Ossie Clark/Vietnam” is perhaps that in which this mechanism achieves maximum intensity: in it, a soldier in uniform and helmet grabs a model lavishly wrapped in a stylish fashion outfits, in a pose similar to that of a saint in ecstasy attitude, as in the Baroque paintings. In an era at the height of drama and war protest, what other message could have been more impactful? But death is the aesthetic part linked to these atmospheres, in which the sense of revulsion acquires a very particular dimension linked to the desire, as well as the pain, to a more intimate level. We find this metaphor in two other images, “Ossie Clark/Rocker”, in which the model is stretched over a “Hell’s Angel” (motorized thugs who in the '70s were often used as service order in rock concerts, ed), as if they had just suffered a head-on collision; or in “Bikini/Beachy Head”, where the girl in the foreground averts his eyes visibly distressed by’ man behind her, a dark suit and desperate-looking: perhaps a quarrel, or a break. The left hand she tucked the slip of her swimsuit. The first impression might suggest that you want to provide a sort of elemental pleasure in the moment of stress; but it could very well be that the pain is exciting.