D & G: A PARADE EVENT IN THE VALLEY OF THE TEMPLES

ABOUT FASHION >>>>  from the WEB WORLD

Dolce & Send Gabbana catwalk 126 High Fashion for a crazy frame and offer the possibility, until the 15 settembre, access for the first time to the internal cell of the Temple of Concordia which is usually closed to passage. IS’ see the unique emotion models emerge from inside the Temple of Concord with the structure illuminated by the light of dusk. A similar visual effect is certainly not accidental: It took years to Dolce & Gabbana to organize this parade of Haute Couture in the Valley of the Temples in Agrigento, the result has repaid the two designers. 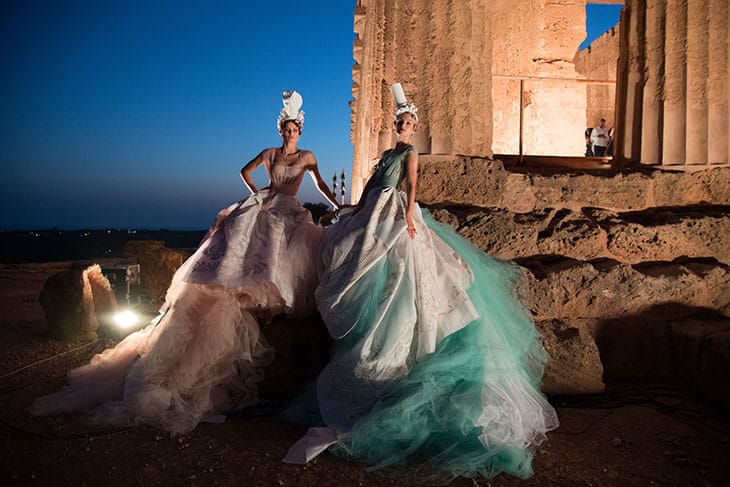 As the two designers have taken different licenses, references are evident: among other we can see the huntress Artemis covered with gold fringe, Era, Athena with shield, helmet and spear, different Aphrodite and a remarkable sequence of wood nymphs. The past it is found as well in the shape of clothes amphora, as they were in those decorated vases, in a capital hairstyles, columns in embroidered skirts. Between 126 outputs also faces several friends of the brand: Helena Christensen in black and gold, Marpessa white, Isabeli Fontana and Bianca Balti with huge ball gowns in pastel colors of the final. Solo 300 persone, for security reasons, They were able to attend the event, for this reason the structure, built inside the temple, will be open until 15 settembre. 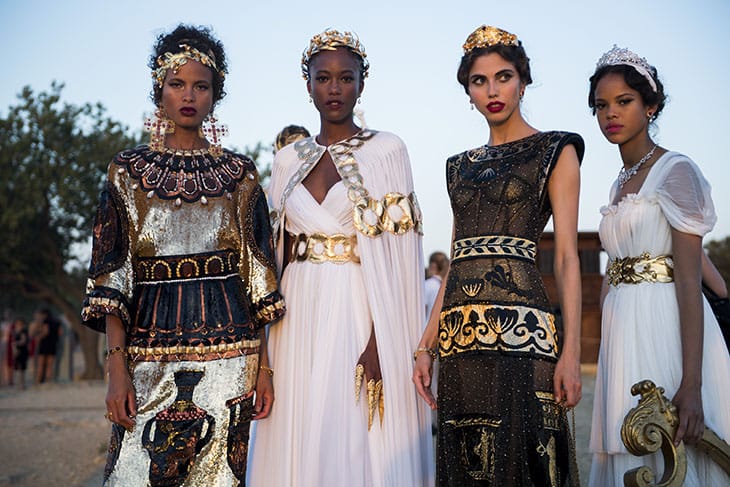